A home is a total loss after a fire Saturday Morning at 11343 Buckbee Road in the Township of Larrabee around 9:30 a.m. 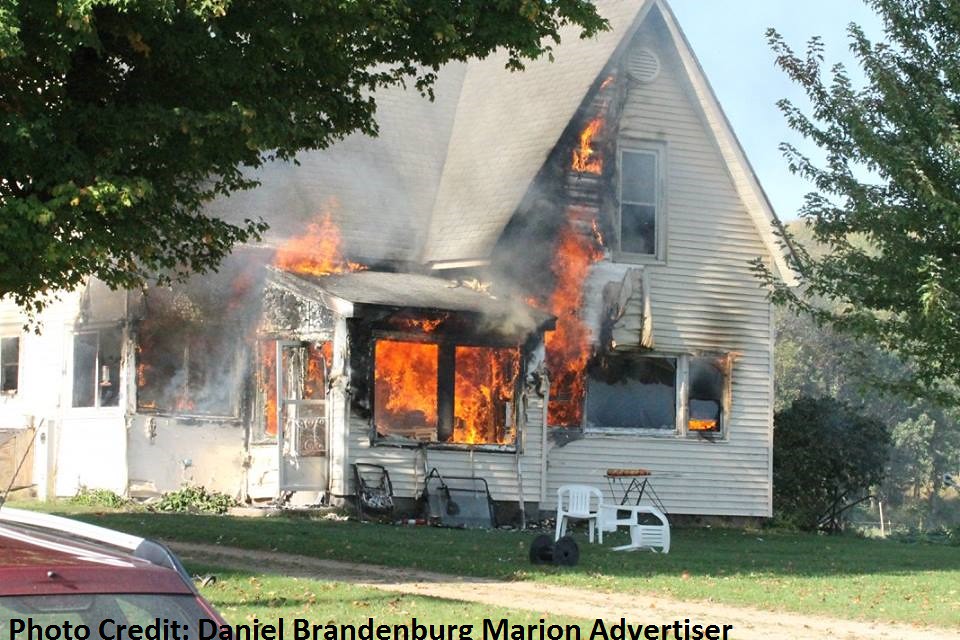 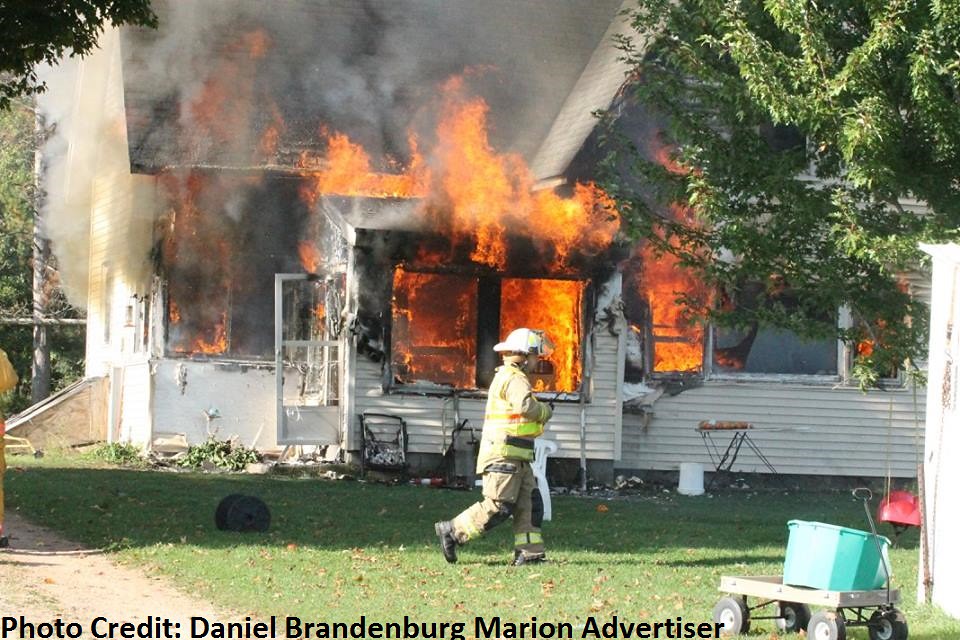 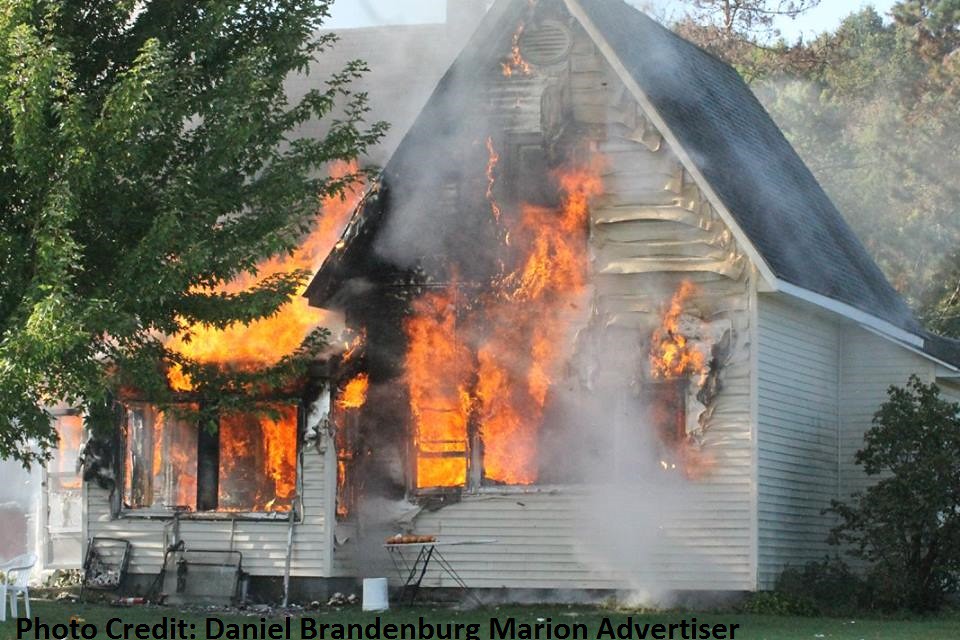 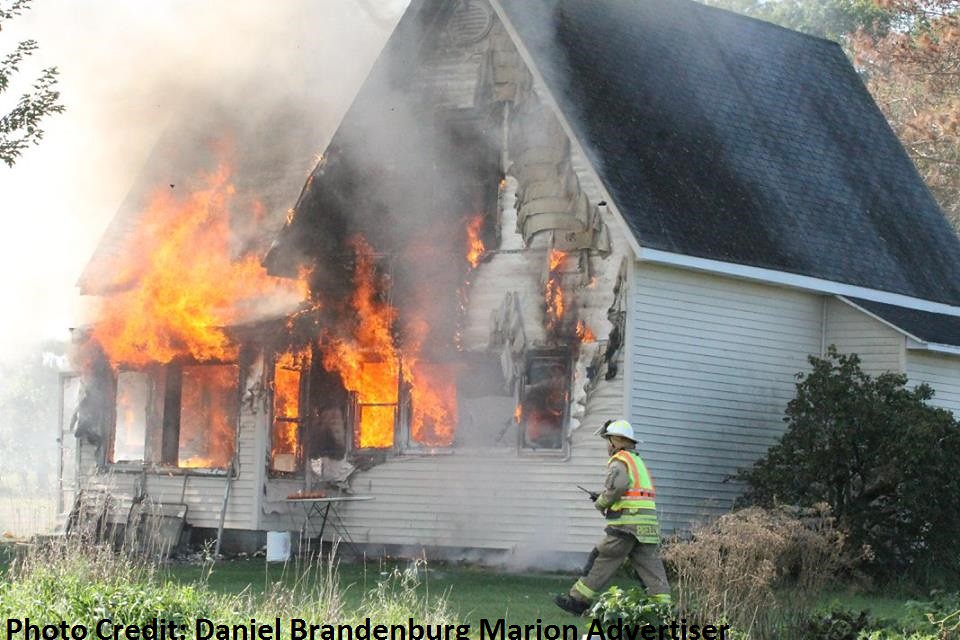 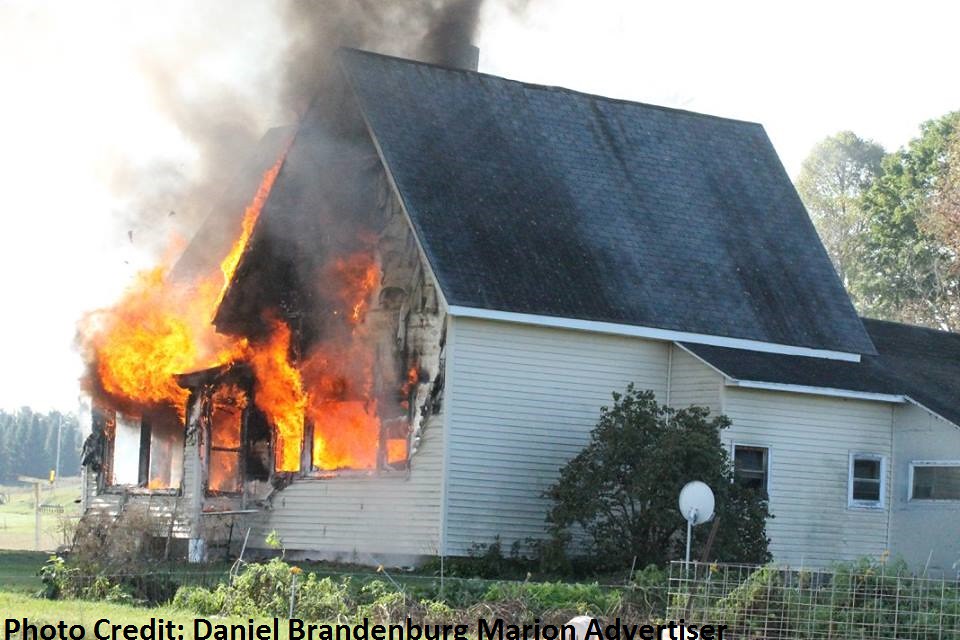 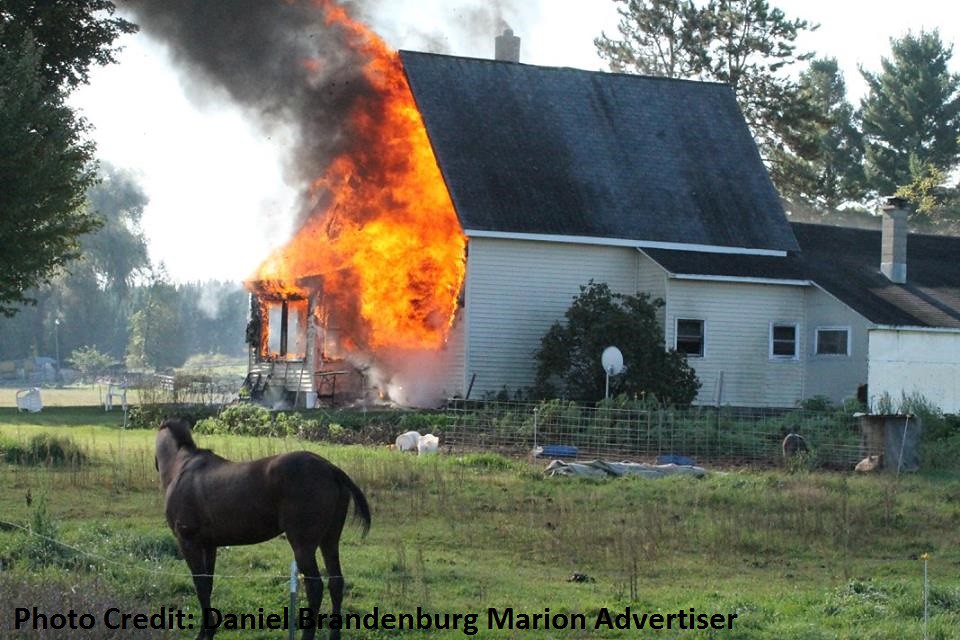 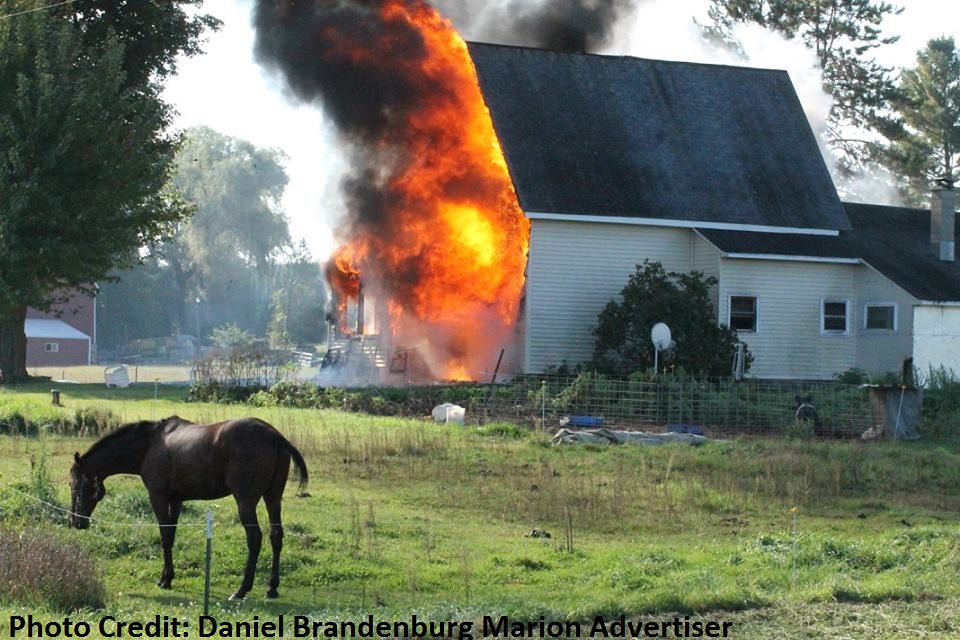 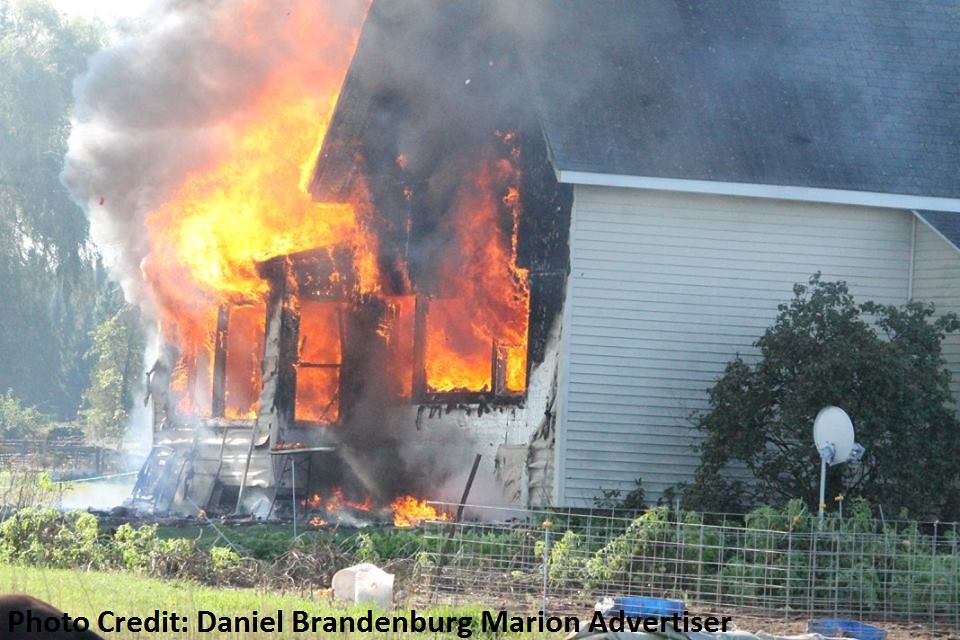 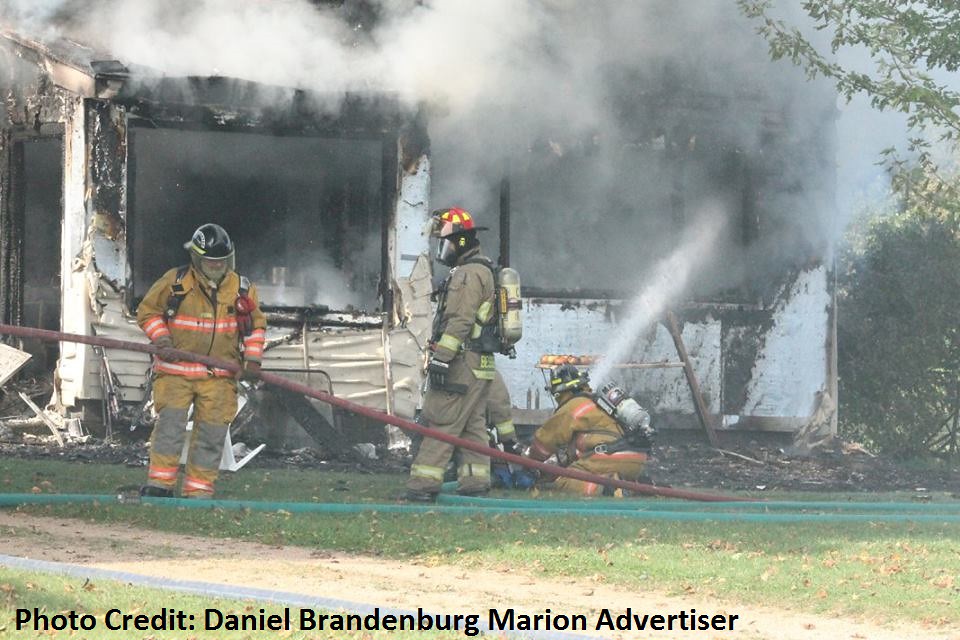 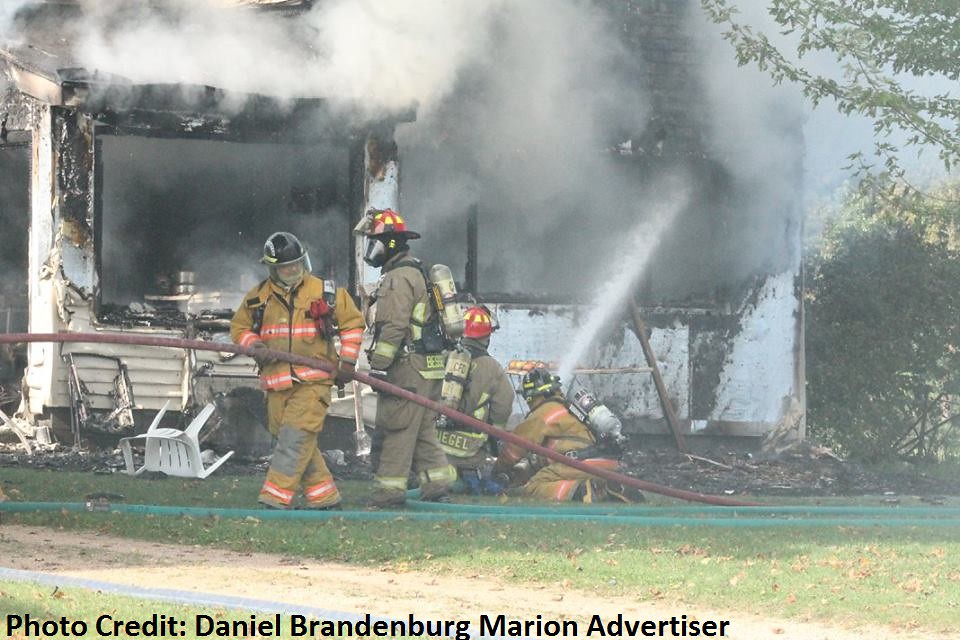 On November 23, 2016 at 2:09AM, the Clintonville Fire Department along with Clintonville Area Ambulance and Clintonville Police were dispatched to 46 South Main Street in the City of Clintonville for a report of a structure fire at that location.

The Clintonville Fire Department was assisted by Fire Departments from Marion, Manawa, Bear Creek, Pella and Embarrass.  The nature of the building configuration, structural age and adjacent buildings along with extensive fire in the upper level of the building made the fire difficult to combat with crews remaining on scene until 4:00PM.

The State Fire Marshall’s Office and Building Inspector was summoned to assist in the investigation.  It was determined that the  Fire was accidental in nature and the origin of the fire was in the floor structure between the China King Restaurant and the apartments located above the business that housed a family of 5 all of whom were able to escape without injury.  Red Cross is currently assisting the displaced family.

Due to structural safety concerns of the building impacted by the fire, the adjoining business Schultz’s Blue Bird Café shall remain closed until further notice.

Here is what we have learned from the Structure Fire Downtown Clintonville at the China King.

5 people living upstairs are safe.  Fire officials have said the building is a total loss. No known injuries were reported.

Update From The Scene Just Before 9am Photo’s By: Timothy Zilch

Clintonville Fire Department was paged early Wednesday Morning for a reported structure fire at China King Chinese Restaurant 46 South Main Street.  Clintonville Assistant Chief requested MABAS card 1-1 to the 1st box. Engines from Marion RIT, Embarass, and Bear Creek. Chiefs from Marion, Embarass, and Bear Creek. Manawa due with change of quarters for engine and chief. Clintonville Ambulance was also on scene. No Further information at the time of this posting

Clintonville Ambulance was paged to Lake Shore Road Thursday evening for scanner reports of a person who fell off of a roof.  Clintonville Fire Department was later paged to the Airport to set a landing zone up for Theda-Star Medical Helicopter. No other information available at the time of this posting.

Clintonville Fire EMS PD were called Wednesday Evening County C & Highway 45 For A Vehicle Accident. No other information available at this time.

wgwipublications
Create a free website or blog at WordPress.com.